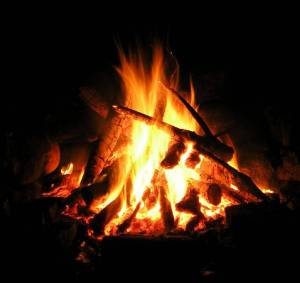 One summer, I had the chance to go to camp in the rolling hills of  Connecticut with HIV/AIDS kids. Ranging in age from 6 to 16, many of these kids came from challenging home situations. Their medical needs were complex.  I knew entertaining them was going to be a tough act.

On the first day of camp, all the kids had to report to the infirmary  to turn in their medications and be interviewed by the four nurses and one doctor on site for the duration.

My job, as the campers filed in cabin by cabin, was to provide a little entertainment. So I pulled out my spinning plate, dealt some two-card monte, and dazzled them with some elastic band tricks.

Despite the warm-up, I felt a little awkward that first night. So I asked them a question: “Do you know what  kids coping with a serious illness do after they eat?” No, they didn’t.

So I told them: “They dance!” And I was the first to hit the floor, cutting a rug like no one was watching. When we retired to the campfire, I did some silly magic that established me forevermore as “Magic Man.” Note to self: Never leave home without a trick. Magic is a wonderful way to start relationships with children.

In the mornings, I got to attend the counselor coffee klatsh, where the adults bonded by telling each other how they had come to be at such a special camp. One woman said her path was simple — her daughter told her it was “her turn.” Wow.

The counselors had a tough job. So I tried to use humor to bring perspective to all the “big-time-grownup-stuff” and put the focus back on what kids believe in — FUN!

Time for someone to take her meds? A spoonful of humor helps the medicine go down. Tough moment at the dinner table? “I can too; eat my dessert without a spoon! Watch!”

Friday night was “stage night” where everyone got to perform. After the usual pre-production add-ons, cancellations and jitters, the production went off without a hitch. What a show! Just applauding exhausted everyone.

One of the highlights was a young girl who sang a song she wrote. The lyrics will forever be etched in my mind.

After the show, I ended up talking with a doctor from Children’s Hospital who said she wished all interns could work a session at the camp. Watching the kids perform had let us forget, briefly, that they had a life-threatening illness and, often, not-so-happy home lives. On stage, though, they were all-stars. The next day, it was time to start packing.

During the quiet hour, I visited the cabins. In one, I strummed my guitar softly while a young boy with a walker made his bed. Then he made the bed next to his. “Why did you do that?” I asked. “Because Billy’s my friend,” he said, going on to make up a third bunk.

Later that night, I was singing the campers to sleep when one little boy chirped up with his own ditty, which he happily chanted over and over:

“I’ll be by your side if you are having fun!”

Clowning and family entertainment has expanded their venues from the ringside to hospital bedside and from center rings and sidewalks to living rooms and nursing homes. This blog will take a look at laughter and tears. Find out why "There is not much fun in medicine - but a whole lot of medicine in fun!"

*Never trust a fart when your over fifty years old*

* We are all the same o the inside - ask any surgeon. Outside is so we can identify each other. *

*Getting Honest with yourself is hard to do - I'd be lying if it wasn't.*

*The one with the most birthdays - lives the longest.*

*Slow and sweaty is still in the race*

* A squeaky wheel gathers no moss.*

* When you're in it up to your ears, keep your mouth shut.*

* As I said before, I never repeat myself.*

* Always look out for Number One, but don't step in Number Two! *

* The family that has ice cream together - Sticks together! *

© Bob Widdop and BBClowns, 2012. Unauthorized use and/or duplication of this material without express and written permission from this blog’s author and/or owner is strictly prohibited. Excerpts and links may be used, provided that full and clear credit is given to Bob Widdop and BBClowns.com with appropriate and specific direction to the original content.
Loading Comments...
%d bloggers like this: